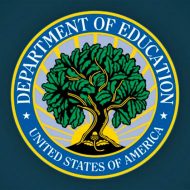 Education Secretary Betsy DeVos said Monday she will launch a pilot program allowing some colleges to use Federal Work-Study benefits for off-campus employment, including apprenticeships and clinical rotations.

The experiment delivers, if on a limited scale, on repeated proposals by the Trump administration to reform the work-study program and connect student aid more directly to careers.

It also marks DeVos’s first use of the department’s experimental sites authority, which allows the secretary to offer waivers to rules governing student aid programs in order to evaluate new policy ideas.

Her announcement Monday also noted that she would look to expand the number of colleges participating in the Second-Chance Pell experiment, which allows a limited number of incarcerated students to receive Pell Grants to attend college courses. A congressional ban on Pell Grants in prisons has been in place since 1994.

The work-study experiment, though, is the clearest reflection of the Trump administration’s ongoing priorities.

The federal government spends about $1 billion annually on the program, which supports student aid as a form of employment. Recent research has shown that the program has positive impacts on college completion, especially for low-income students. It may also help level the playing field in the professional world for disadvantaged students who can’t afford to take on unpaid internships.

But critics of work-study have said that the program is not well targeted to the students most in need of support and does little to ensure that jobs prepare them for careers after college. The government routes work-study funds directly to institutions using a funding formula that favors colleges based on…