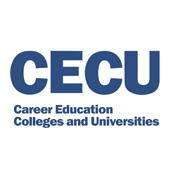 This morning, the House passed the America COMPETES Act of 2022. Before the final vote on the full bill, the House passed Rep. Levin’s amendment. Reps. Andy Levin (D-MI), Raja Krishnamoorthi (D-IL), Anthony Gonzalez (R-OH), and Bryan Steil’s (R-WI) amendment would expand Pell Grant eligibility to short-term programs at private nonprofit and public institutions but would exclude all for-profit institutions. The amendment also includes the text of the College Transparency Act, which has significant bipartisan support.

The Levin Amendment passed by a vote of 238 to 193. The vote tally can be accessed here.

Representatives that Spoke Against the Levin Amendment

During the debate, the Ranking Member of the House Education and Labor Committee, Rep. Virginia Foxx (R-NC), spoke in vehement opposition to the amendment. She said that the amendment is a trojan horse that purports to be designed to enhance transparency and accountability but would actually violate student privacy rights. In addition, she said the amendment would pick winners and losers in higher education and would discriminate against for-profit institutions because of their tax status. Dr. Foxx also criticized the amendment because it is outside of the committee process and is being offered on an unrelated bill.

Rep. Fred Keller (R-PA) spoke in opposition to the amendment. Mr. Keller said it does not make sense to exclude for-profit colleges from participating because they pay taxes. He emphasized that students should have the choice to decide which institution to attend. Mr. Keller also spoke about his bill, the CHOICE Act, which would expand the Pell Grant program to short-term programs in all sectors.

Representatives that Spoke For the Levin Amendment

Rep. Andy Levin (D-MI), the primary sponsor of the amendment, spoke in strong support. He said that the amendment has bipartisan support, would help students have the data needed to shop for college, and would expand the Pell Grant program to cover short-term job training programs.

The Chairman of the House Education and Labor Committee, Rep. Bobby Scott (D-VA), also spoke in strong support of the amendment. He said that both the Pell Grant provision and the College Transparency Act have bipartisan support.

Rep. Anthony Gonzalez (R-OH), who is a cosponsor on the amendment, spoke in strong support of the amendment. He said that prior to the debate today, he was speaking with an owner of a truck driving business in his district. He walked the business owner through the bill and asked if it would help his business. The business owner said that it would because he has 15 job postings for truck drivers that he has been unable to fill.

What’s next?
The America COMPETES Act will now go to the Senate for consideration. Because the Senate has already passed its version of the “China bill,” it is likely that the America COMPETES Act will go to a conference committee. If the House and Senate vote to go to conference, conferees will be named to iron out the differences between the House and Senate bills. The Senate did not include provisions that are similar to the Levin Amendment in its version of the bill. CECU will be very active in lobbying conferees to remove the Levin Amendment from the final package.