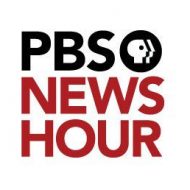 Addressing the effects of the coronavirus pandemic on education will be among some of the most urgent issues facing President-elect Joe Biden when he takes office.

Biden’s long list of stated education priorities include undoing the Trump administration’s cutbacks on regulations meant to protect vulnerable students from discrimination, exploitation or civil rights violations. But some of these goals could take a back seat as Biden’s administration prepares to oversee an unprecedented public health crisis that has gone on for nearly a year and impacted the education of millions of children across the country.

The districts not only need funds to help protect students and staff with protective gear, testing and tracing, and sanitation products, but they also need services to support students who are falling behind academically as a result of the switch to remote learning in many parts of the country, which is inaccessible to some.

The president-elect’s pick for Education secretary, Miguel Cardona, is a former public school teacher who served as Connecticut’s education commissioner, fulfilling Biden’s promise to nominate a person with public education experience. The Department of Education generally has more influence over higher education than K-12 schools, and education experts are waiting to see who Cardona selects to oversee higher education policy.

Affordability of colleges and universities was a key issue in the 2020 Democratic presidential primaries. Biden has said his administration hopes to provide tuition-free community college for everyone and tuition-free public education for students from low-income families, and has suggested he may forgive some federal student loans, though he said he’s “unlikely” to go as far as some progressives have asked — forgiving $50,000 or more per student.