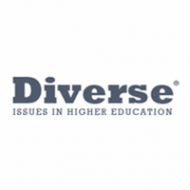 With election season very much upon us, a question is on the minds of higher education leaders. If former Vice President Joe Biden wins the presidency, who would he choose for secretary of education?

Last year, Biden promised his pick would be an educator.

“First thing, as president of United States – not a joke – first thing I will do is make sure that the secretary of education is not Betsy DeVos,” he said at a National Education Association forum for presidential candidates. “It is a teacher. A teacher. Promise.”

Suffice to say, there are a lot of names floating around the higher education world. To list a small fraction of potential front-runners: former U.S. Secretary of Education John B. King Jr., now the president and CEO of the Education Trust, and former U.S. Assistant Deputy Secretary of Education Jim Shelton are contenders. Among members of  Congress, Rep. Alma Adams, who leads the Bipartisan Historically Black Colleges and Universities Caucus, Sen. Elizabeth Warren, Rep. Joyce Beatty and Rep. Frederica Wilson are on scholars’ minds.