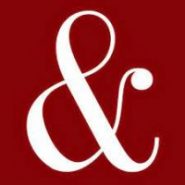 Maria Theresa Louis was born in Kerala, India, in 2003. She and her older brother moved to the Triangle with her parents in 2009 when her father was hired to work in the area through an H-1B visa, a non-immigrant status granted to workers in a specialty occupation.

Louis was one of three young adults who spoke at the virtual introduction of the America’s Cultivation of Hope and Inclusion for Long-term Dependents Raised and Educated Natively (America’s CHILDREN) Act. U.S. Representative Deborah Ross, a Wake County Democrat, introduced the bipartisan legislation along with Reps. Raja Krishnamoorthi, D-Ill., Mariannette Miller-Meeks, R-Iowa, and Young Kim, R-Calif.

During the presentation, Louis said being an H1 -B visa holder’s dependent bars her and her brother from qualifying for scholarships and grants.

“We are unable to apply for scholarships or jobs, or apply for internships,” Louis said. “We can’t work summer jobs or do some of the things that are a huge part of an American childhood.”

Through the legislation, the child dependents of long-term visa holders, also called “documented Dreamers,” would gain a pathway to obtain permanent residency, or a green card, so long as they have lived in the United States for 10 years and graduate from a college or university.

Under current immigration law, dependents of H1-B holders, like spouses and children, can obtain H-4 status. That allows them to stay in the United States for the same length of time as the H1-B holder.

To maintain H-4 status, children of H1-B visa holders must be unmarried and under the age of 21. After that, they age-out of that temporary legal status. This prompts many to return to native countries that they may barely know.

“For most of my life the thought of self-deporting has stressed me out,” Louis said. “The thought of being forced to go back to a country where I wasn’t familiar with the culture and the way of life terrified me.”

According to the bill’s sponsors, over 200,000 children and young adults are living in the United States as dependents of long-term non-immigrant visa holders.