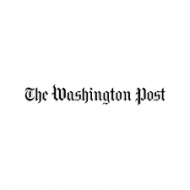 President Donald Trump on Friday vetoed a measure that would have overturned a policy that Education Secretary Betsy DeVos issued in 2019 making it harder for students to get their loans erased after being misled by for-profit colleges.

The Senate gave final approval to the bipartisan measure in March, dealing a rare rebuke of DeVos from the Republican-led chamber. But Trump on Friday said DeVos’ rules are better than an Obama-era policy that would have been restored if the measure succeeded.

In issuing his veto, Trump said the rules created by former President Barack Obama “defined educational fraud so broadly that it threatened to paralyze the nation’s system of higher education.”

He added that DeVos’ policy “strikes a better balance, protecting students’ rights to recover from schools that defraud them while foreclosing frivolous lawsuits that undermine higher education and expose taxpayers to needless loss.”