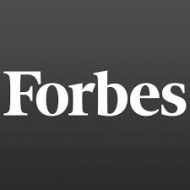 It was an obvious headline when, not days into his Presidency, Biden started the process of revoking ACICS, the notoriously lax accreditor of last resort favored by many for-profit colleges. ACICS is so bad, they handed accreditation to a college that did not exist – one with no teachers and no students. Obama killed ACICS; Trump brought them back. Now, Biden has them marked for disbandment again.

But before that, days before Biden took the oath, and largely overlooked in the news, a legal challenge was filed by Xavier Becerra, the Attorney General of California. His suit should have received at least as much notice as Biden’s ACICS action.

In the fight to regulate for-profit bad actors, Becerra has been an overlooked champion. He has kept the pressure on education’s outlaws while the Trump administration not only looked the other way but at times seemed to drive the getaway car.