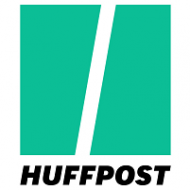 “As the nation continues grappling with economic disruptions caused by the COVID-19 pandemic, the need to deliver relief and fortify pathways to the middle class is more urgent than ever,” Cardona said in a statement. “Under my leadership, the Department of Education will work to strengthen college as a reliable pathway to the middle class while protecting students and loan borrowers. In service to our nation’s students, the Department’s Federal Student Aid division will renew its focus on streamlining access to and management of federal financial aid, easing the burden of student debt, and carefully stewarding taxpayer dollars.”

Advocates for student loan borrowers are pressuring President Joe Biden’s administration to fire the head of Federal Student Aid, a Trump administration holdover they say has mismanaged an office that could be key in advancing Democratic goals to make college more affordable.

The pressure ― already coming from progressive Sen. Elizabeth Warren (D-Mass.) and American Federation of Teachers President Randi Weingarten ― is likely to increase now that Education Secretary Miguel Cardona has taken office. The White House has said only Cardona has the power to formally oust Mark Brown, a retired Air Force general who then-Education Secretary Betsy DeVos chose to lead the office in 2019. DeVos appointed Brown to a three-year term that ends in 2022.

“These decisions will affect the financial futures of tens of millions of people,” said Mike Pierce, the policy director at the Student Borrower Protection Center. “Are they going to trust the guy who was Betsy DeVos’ yes-man? That’s crazy.”

The White House and Education Department declined to comment.

Progressives have pressured Biden to forgive student loan debt en masse, but advocates also believe firing Brown ― and picking the right person to succeed him ― could lead to far better management of existing loan forgiveness programs, including the Public Service Loan Forgiveness Program, which is infamously difficult to qualify for.

“They need somebody in place that’s going to hold the servicers accountable, and make sure the student loan program is working for borrowers,” said Alexis Goldstein, a senior policy analyst at Americans for Financial Reform. “I’m just not confident Mark Brown is that person.”