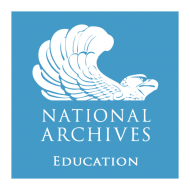 A blog of the U.S. National Archives

At noon on January 20, 2021, President-elect Joe Biden will recite the oath of office in accordance with Article II, Section I of the U.S. Constitution:

It will be the 59th Presidential inauguration in U.S. history. Today we’re looking back at some unique inaugurations throughout history.

We’ve written a lot about the very first Presidential inauguration—when in 1789 George Washington took the oath of office on the second-floor balcony of New York’s Federal Hall. However, we haven’t written much about his second, which was also unparalleled.

Washington’s second inauguration took place in Philadelphia on March 4, 1793 (the U.S. capital moved from New York City to Philadelphia in 1790). To this day, he is the only President to give an inaugural address in two different cities. It was also the shortest inaugural speech on record, coming in at a mere 133 words.

The ninth President, William Henry Harrison, holds the honor of the longest Presidential inaugural address, running a whopping 8,445 words. At that time, Harrison was 68, the oldest man to be inaugurated. Donald Trump currently holds that record, being 70 at his inauguration; Joe Biden will overtake that on January 20— he will be 78 when he’s sworn in.