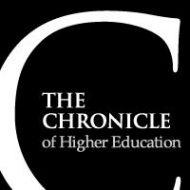 In response to President Biden’s September 9 order for federal contractors to receive a Covid-19 vaccine, several dozen universities have announced requirements for some or all of their employees to be vaccinated against the coronavirus by December 8, the deadline specified in the order.

But a significant number of colleges that hold federal contracts have not publicly issued any guidance to their employees about whether they will be subject to the federal mandate, and those colleges are running up against a tight schedule imposed by the deadline.

Wednesday is the last day people can get their first dose of the Moderna vaccine and be considered fully vaccinated by December 8. People who receive the Pfizer-BioNTech vaccine have until November 3 to get their first shot; for the single-shot Johnson & Johnson vaccine, the last day is November 24.

Twenty-two flagship universities have not yet issued guidance for their employees regarding the federal order. In response to emails from The Chronicle over the last week, officials at nine flagships said they were still evaluating the order; four referred questions to other university officials or merely acknowledged receipt of the email. Nine have not responded to any inquiries.

Here’s a list of the flagship institutions that have not required vaccination for their employees in response to Biden’s order, as of October 26:

Other colleges that hold millions of dollars in federal-government contracts and haven’t announced any new vaccination policies include Clemson University, Florida State University, the Georgia Institute of Technology, Texas A&M University at College Station, and the University of Louisville.

Sixteen flagship universities have already mandated the vaccine for employees for stated reasons other than Biden’s order.