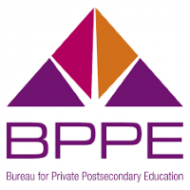 The Bureau for Private Postsecondary Education

Deborah Cochrane, 43, of Alameda, has been appointed Chief of the Bureau for Private Postsecondary Education. Cochrane has been Executive Vice President at The Institute for College Access & Success since 2018, where she has held multiple positions since 2007, including Vice President, Research Director, Program Director and Policy Analyst. Cochrane was a Policy Analyst at the National Center for Public Policy and Higher Education in 2006. She was a Researcher at AFSCME 3299 from 2004 to 2005. Cochrane earned a Master of Social Welfare degree in social development from San Francisco State University. This position requires Senate confirmation and the compensation is $148,524. Cochrane is a Democrat.