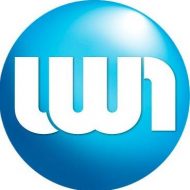 The United States Secretary of Education Betsy DeVos has resigned and US higher education leaders have reacted with horror and condemnation to the mob riot on Wednesday which breached the US Capitol, where Congressmen were meeting to certify the presidential election results, forcing them to run to shelter in fear of their lives.

Five people, including one law enforcement officer, died during or as a result of the invasion, as supporters of President Donald Trump disrupted the ceremony for certification of the election results, which, when resumed later, confirmed Joe Biden as president-elect, formally signalling the end of Trump’s hold on the reins of power.

Education Secretary DeVos on Thursday became the second member of Trump’s cabinet to resign over the disorder, accusing Trump in her resignation letter of inciting the “unconscionable” actions of the protesters.

Higher education leaders strongly condemned the attack on the Capitol and the president’s fuelling of anger among his supporters by spreading baseless claims of mass fraud during the election, which have been dismissed by the courts.

Ted Mitchell, president of the American Council on Education, said: “We are horrified and saddened by the assault on the US Capitol, an attack on the very fabric of our democracy. America is better than this. But all of our elected leaders also must be better.”

He said President Trump had failed to act in the best interests of the country or respond to his constitutional and moral obligations.

“It is far past time for every American to respect our electoral process and accept the results of the election. This is not about politics or partisanship. It is about stopping the spread of misinformation, violence, and insurrection. It is about doing the right thing.

“One of the defining elements of the American experience is the peaceful transition of power. The unwillingness to accept that peaceful and calm transition is what led to today’s events. It must not be repeated ever again.”