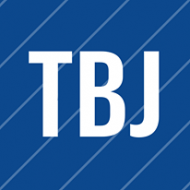 Jason Altmire became president and CEO of Career Education Colleges and Universities, the country’s biggest trade association for for-profit colleges, last year knowing that if Democrats took the White House and Congress, there could be implications for his sector of higher education.

Relations between for-profit schools and policymakers deteriorated during the Obama administration after a string of for-profit schools were accused of misleading students on job prospects and student costs. Altmire, a former U.S. representative from Pennsylvania’s Fourth District, said he is determined to rebuild those relationships and influence legislation and policies that keep all of higher education in check, regardless of schools’ tax statuses.

“Our schools, which again are doing the right thing and have good outcomes, are still under threat because of the perception of what has happened in the past,” he said.

Altmire recently spoke with The Business Journals’ Hilary Burns about his approach to mending relationships with policymakers and the increasingly blurred line between for-profit and nonprofit schools. The following is an edited transcript of their conversation.

How are you approaching the new administration?

It’s no secret that the past Democratic administration under President Obama went after the (for-profit education) sector pretty forcefully on issues like gainful employment and borrower defense. And there’s some concern among our members and schools in the sector generally that the new administration would come in and have the same viewpoint on the issues as President Obama did.

We believe that we have a good story to tell. We have schools that are changing the lives of students. They are providing education to people who might otherwise not have a higher education opportunity, and they’re providing life-changing opportunity for students as they return to the workforce. And these are people who in many cases have experienced bad times or may be the first in their family to go to college, they’ve lost their job, they’re transitioning, gone through divorce, veterans returning to civilian life, single moms. Those are the type of people that our institutions serve.