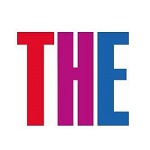 A leading congressional Democrat has opened a new avenue of attack on US for-profit higher education, urging the Biden administration to reverse a major chain’s decade-old conversion to non-profit status.

The 19,000-student operation, Keiser University, and its parent institution, Everglades College, have made substantial profits since their 2011 legal redefinition, said the lawmaker, Bobby Scott.

The chain’s owner, Arthur Keiser, and his family members have reaped millions of dollars by establishing companies that perform contractual work for his nominally non-profit educational outfit, said Mr. Scott, chair of the Education Committee of the US House of Representatives.

The complaint reflects a broad concern that such conversions have emerged in recent years as a leading way for US for-profit colleges to maintain their basic structures while avoiding the regulatory constraints and reputational damage associated with official and overt for-profit status.

That concern was affirmed last year in an analysis by the US Government Accountability Office (GAO), the official auditing agency of the US Congress. About a third of the 59 for-profit college conversions approved over the past decade resulted in organizational structures that raised the risk of improper financial benefits to owners, the GAO found.

Dr Keiser has long attracted concern in that regard. His chain pays him about $830,000 (£610,000) annually, an amount exceeded by only one other university president or chancellor in the state of Florida, Mr. Scott said in his letter urging the US Education Department to review the non-profit status of Everglades College.

The question of non-profit conversion is one of the chief topics in a months-long process known as rule-making, which the Biden administration is currently using to officially revise federal regulations governing for-profit colleges.

Keiser University, in response to questions about Mr. Scott’s letter, said its institutions provided badly needed workers in fields that included teaching, law enforcement and cybersecurity. The university also accused the congressman of perpetuating inaccuracies about its operations, but it cited only its dispute over the salary attributed to Dr Keiser as an example.

The main lobby group representing US for-profit colleges, Career Education Colleges and Universities, does have some members that now hold non-profit status, said the group’s president, Jason Altmire. “I would say the lines are being blurred every day between for-profit and non-profit,” Mr. Altmire said. “You’re going to see a lot more of this across higher education.”

One of his group’s main concerns, Mr. Altmire said, was that the Education Department lacks the money to make proper assessments of applications for non-profit conversions. “We just want to see a fair regulatory system that’s going to take a look at it and is going to scrutinize it appropriately,” he said. But currently, he said, the approval process is “backed up for months and, in some cases, years before a decision is made”.

Mr. Scott also advocated fairness. “It is important that regulators scrutinize those entities that have converted from proprietary to non-profit status to ensure they are actually operating as non-profit entities, and not masquerading as such,” the Democratic chair told the Education Department.