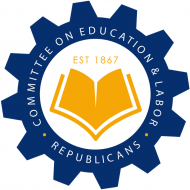 “The Education and Labor Committee plays a foundational role in Congress, covering issues that impact Americans at all stages of life – from child care all the way through retirement. The Republican members joining the Committee in the 117th Congress are a strong addition to our team and will help advance forward-looking policies that give students, job creators, and workers opportunities to succeed,” Republican Leader Foxx said.