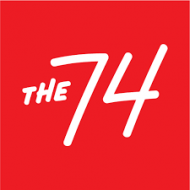 President-elect Joe Biden might have won the White House, but his expansive education plan will soon hit a Congress that has far fewer Democrats than envisioned under the “Blue Wave” forecast prior to the election.

Democrats’ hopes for flipping the Senate now largely depend on capturing two seats in Georgia that won’t be decided until a runoff election in early January. While the outcome could limit the reach of Biden’s platform in Congress, experts expect him to turn back some aspects of the Trump agenda by making early use of his executive powers.

In the short-term, by announcing a COVID-19 Advisory Board Monday, he’s already focusing on issues of immediate concern to the teachers unions that contributed millions to defeat the president.

“I think teachers unions are going to expect Biden to stand with them on slowing the move towards school reopening,” said Bradley Marianno, an assistant education professor at the University of Nevada, Las Vegas. “They will want him to change the public messaging on reopening, even before he officially takes office — to signal to the nation that the safety of teachers and students are a top priority for his incoming administration.”