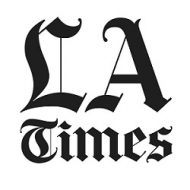 There’s a running joke that college students eat instant ramen noodles to save money on food, but this joke has become a harsh reality for many students today.

I know how hard it can be to afford college; I’m at Cal State Long Beach thanks in part to Cal Grant, the state’s financial aid program for low- and moderate-income students. Throughout my courses, I’ve heard shocking stories of students struggling to make ends meet.

One classmate my freshman year was a parent working forty hours a week to feed her family while also taking a full load of classes in pursuit of a STEM degree. When I worked on a research team studying food insecurity in the Cal State system, I pored through years of emergency aid applications from students; one unexpected expense like a car accident could unleash a domino effect that pushed a student to the brink of homelessness.

The current student food and housing insecurity crisis began with the 2008 recession when families were hit hard financially and state budget cuts reduced funding for public universities. Surveys at UC reported about 4 in 10 undergraduate students experienced food insecurity — defined by the USDA as limited availability or ability to access nutritious and safe foods. Five percent of students overall experienced housing insecurity — defined by the McKinney Vento Act as lacking a stable or appropriate place to sleep. In the California State University system, another 4 in 10 students faced food insecurity, and 1 in 10 experienced homelessness over the course of a year. The numbers are highest at California’s community colleges, where half of the students reported food insecurity over a 30 day period and almost 1 in 5 faced homeless in a year.

The Hope Center conducts the largest national study of basic needs insecurity in higher education; its research demonstrates that students who have food and housing insecurity have lower grades, work the highest number of hours each week and are less healthy than other students, with health problems potentially lingering into the future.

But it’s not as if university and state officials haven’t been paying attention. This year Gov. Gavin Newsom’s proposed higher education budget includes $4 billion to create affordable housing at public colleges and universities and another $30 million through Proposition 98 to create basic needs centers at every community college. And the state Assembly passed a bill this year to simplify and expand the Cal Grant financial aid program; that measure is awaiting action in the Senate.