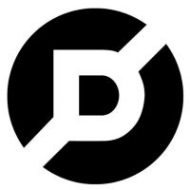 Operating revenue fell at half of the private institutions Moody’s rates in fiscal 2020, up from 20% of schools the year before. But among large universities, it rose a median 1.5%. Overall, median net auxiliary revenue fell 19% during the year, compared to a 2% increase the prior year.

Some factors straining revenue may stem from pre-pandemic efforts to reduce students’ cost of attendance. The median net tuition revenue increase per student of 1.6% in fiscal 2020 was half of what it was the prior year. And the median tuition discount rate at small private colleges rose two percentage points, to 46.8%. Enrollment decreases compounded the income loss, particularly at small schools.

Colleges also brought in less money from fundraising, though how much the pandemic contributed to the decline is unclear. Median total gift revenue fell 10% during the year across Moody’s sample. This tracks with findings by the Council for Advancement and Support of Education that giving largely decreased at private colleges in fiscal 2020.

Still, the schools’ financial reserves remained intact. Low interest rates made debt an attractive option for financing capital spending and improving liquidity. Aggregate long-term debt rose 15% last year compared to 2% in 2019, though median capital spending was slightly lower in 2020 than the average of the prior three years.

Moody’s report joins other analyses of fiscal 2020 that give some sense of the pandemic’s impact. But campus shutdowns continued into the 2020-21 academic year, along with new expenses for coronavirus testing and other safety protocols, meaning more data is needed to understand the full effect. Although lawmakers allocated additional aid for colleges in late 2020 and early 2021, higher ed industry groups have said the amount isn’t enough.

Colleges have cut or furloughed staff and canceled academic programs as they seek to offset income lost from housing, events and other campus activities. For some, the financial distress compounded long-standing issues and led to closures.

Looking ahead, Moody’s analysts say federal aid will help colleges’ financial situation, but that enrollment declines this past fall will “constrain” revenue growth in fiscal 2021.