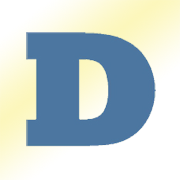 And as her students went out into the streets to protest this past summer, she completely redesigned her senior capstone course for the fall.

Chepp is the social justice program director for Hamline University in St. Paul, Minnesota, and through the program, she felt like she had the opportunity to address the questions student activists were asking themselves while equipping them with applicable skills for their community organizing.

“It was quite powerful for students to really be experiencing in a much more first-hand account some of the activist tactics that we talk about in class that they studied,” Chepp says. “Past activists used these tactics but now [our students] are those activists.”

Founded in 1999, Hamline’s social justice program is one of the older programs of its kind. But social justice studies programs appear to be a burgeoning interdisciplinary field, and in the wake of increased Black Lives Matter protests, scholars see a high demand for social justice teaching and research.

Social justice-focused programs go by many names, so it’s unclear how many are out there. The field is “overlapping” and “ill-defined,” wrote Dr. Michael Loadenthal, executive director of the Peace and Justice Studies Association, in an email to Diverse. But he’s noticed an upward trend.

“While membership varies monthly as memberships end, renew, lapse and begin in predictable, seasonable patterns, our membership has been on the increase for more than three years, and in general is skewing younger and more diverse as time goes on,” he says.

Chepp also believes social justice programs are growing, based on how often she’s asked for guidance from colleagues on how to run these kinds of programs at their schools.

Those calls come from a recognition that “students really want to gain skills and knowledge in that way of thinking, in that ability to critically analyze their social world through a justice lens and learn how to change the world around them, so it is more just and equitable,” she says.

“Kids are looking for something,” she says. “It’s different. I’ve been a professor for 20 years, and since 2016, you get a sense of students wanting to make a change.”

Mendel-Reyes has seen a surge of student activism since, and this summer showed “they’re not stopping.”

One thing that struck her about the Black Lives Matter movement is “just how young the leadership is,” she says. “It really feels to me like a generation saying, ‘This is our cause.’”