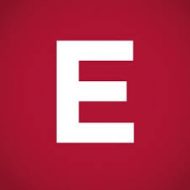 Since President Franklin D. Roosevelt, incoming US presidents have touted the “first 100 days” of their administrations. They highlight that timeframe as a period of major change during which they will drive through key policy priorities and set the tone for their remaining years in office. The administration of President Joe Biden has been no exception. It has welcomed comparisons with FDR, whose presidency was also shaped by national crises and bold plans to address them.

For EDUCAUSE members, where and how the new presidential administration has focused on higher education during its first 100 days is especially important, as the pandemic continues to create challenges and impact not only students but also institutions and the communities they serve. What have we seen in these 100 days (ending on April 30), and what does that suggest for colleges and universities moving forward?

Answering those questions requires us to first review a key development that occurred toward the end of the preceding administration—the passage in late December 2020 of the Coronavirus Response and Relief Supplemental Appropriations Act (CRRSAA), which provided $21 billion in aid to higher education institutions in general, split roughly between institutional aid and emergency grants to students.Footnote1 Colleges and universities welcomed this infusion of relief funding, the first since the approximately $13 billion in general higher education aid (also split between institutions and students) provided by the Coronavirus Aid, Relief, and Economic Security (CARES) Act, which passed in March 2020.Footnote2 However, the higher education community estimated that $120 billion in lost revenue and additional expenses as a result of the pandemic had accumulated across colleges and universities by December 2020.Footnote3 As a result, CRSSA’s $21 billion in financial support, while a definite improvement over CARES, left higher education institutions and their students still in need of significant help.

Roughly six weeks after taking office, the Biden administration and Congress signaled an active interest in addressing higher education’s ongoing needs by agreeing to provide $36 billion in additional financial relief to colleges and universities (again split between institutions and students). While still well short of the amount of aid requested, the combined total of $57 billion provided some measure of hope that institutions could weather the financial impact of the pandemic. Perhaps equally as important, the American Rescue Plan Act allocated $350 billion in relief funding for state and local governments, which will likely go a long way toward offsetting the state and local funding cuts that public college and university leaders had anticipated.Footnote4

This latest round of pandemic relief funding is important because it is the last pandemic relief aid that colleges and universities are likely to see as the Biden administration and Congress turn to economic recovery measures. This is not to say that higher education won’t benefit from the proposed American Jobs Plan and American Families Plan. The American Jobs Plan proposes a $12 billion investment in community college infrastructure as well as $180 billion in increased research spending, which is expected to generate a large volume of research grants to higher education institutions. Meanwhile, the proposals for higher education in the American Families Plan include, among other provisions, $109 billion to make community colleges tuition-free, $80 billion to allow for a $1,400 increase in the maximum Pell Grant, and $39 billion to provide two years of free tuition at historically black colleges and universities (HBCUs), tribal colleges and universities (TCUs), and other minority-serving institutions (MSIs).Footnote5 In addition, the president’s FY22 budget outline, which had been released earlier in April, already called for a $400 increase in the maximum Pell Grant.Footnote6 If Congress ultimately approves both the FY22 budget and the increases in the American Families Plan, the size of the maximum Pell Grant would grow 28 percent: from $6,495 (for 2021–2022) to $8,295. This would be a good step toward the administration’s goal of doubling the maximum Pell Grant.